This is week four of DLI training. Though this week is beginning to drag some, I am happy to report this week I met my supervisor and finally "got upstairs." This is what the existing staff calls joining the team you are going to report to in Washington. For me, that is the Economic Growth, Agriculture and Trade office (EGAT).
My supervisor is a seasoned FS and GS veteran of USAID, and coincidentally I have done several projects already for him through EADS (my old job). I was finally in a better comfort zone upstairs because I got to see some familiar faces. This is including some former DevTechers (current EGATers) that I have gotten to know and several economists I have done work with in the past. I have a feeling the anxeity associated with being in EGAT will subside when I finally get my desk and rotations.
Its also nice to know that I have already completed some of my required training, thanks to DevTech.
I will take this oppurtunity to answer Dan's question of "What DOES a USAID economist do in the field? Or, is that something you won't know specifically until you get your assignment?" First, all I am about to write is primarily speculation, but it is based on the conversations I have had this month. Economists can do several different tasks at a mission. Most likely I will be serving as a Program Economist. This will entail providing economic support to the mission and its projects. This could including there are a econmicly sound aspects of new programs, analyzing results of exsisting projects and doing cost benefit analysis of projects in general. In the future, (and maybe in my first post if the mission is small) I would act as a project head of economic growth programs, which could be anything. I hope this kinda answered your question.
Today the class took yet another field trip, but this time its to the capital!
Photos are below, but highlights include a visit to the Senate Galley and getting to see John Kerry's office! 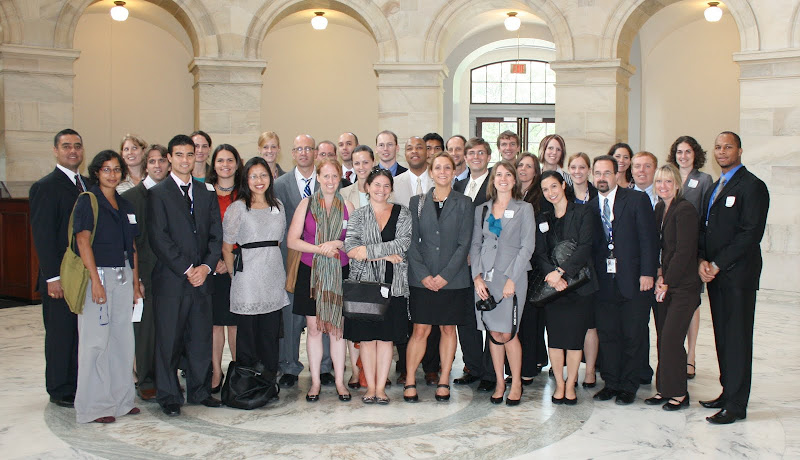 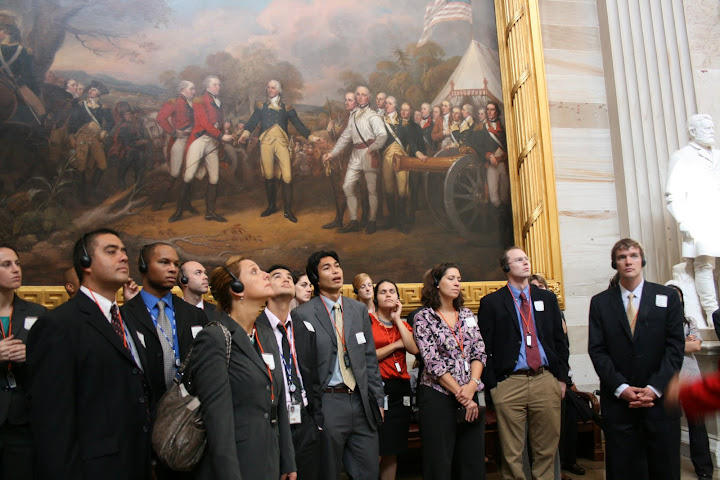 3:04 AM
Whitney Dubinsky
Email ThisBlogThis!Share to TwitterShare to Facebook