Continued US Support for Thailand

On Monday, U.S. Ambassador Kristie Kenney announced an additional 15 million baht ($500,000) for flood relief, bringing the total U.S. support to 33 million Thai Baht.  The photos below (all once again courtesy of the US Embassy facebook site) are of the Ambassador speaking at the Department of Disaster Prevention and Mitigation.  That's a rockin' USAID vest, Ambassador Kenney! 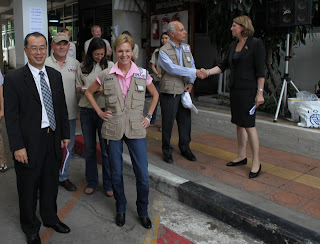 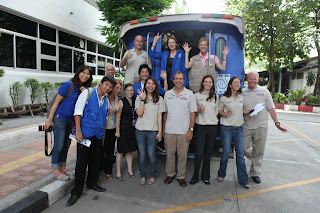 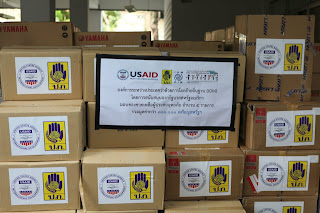 The USAID DART team has shown true professionalism and worked tirelessly during this period.  True Support for the team members who live in our building...and I still very much want a jacket!

Additionally, the true threat has subsided and things are back to normal in Bangkok.  So mothers and grandmothers, no more worries.  We were not affected much by the flooding, but many friends were.  The embassy is back open and operational, and I am back to prepping for our trip to Kathmandu!