I can't believe I let myself sit on this story for so long.  A couple weeks back, we took a guided tour up towards the Khao Yai National Park about two hours north of Bangkok.  On the way up, we stopped at a temple.  Since Hong Kong and Thailand are filled with temples, we're a little templed out.  However, this one did have the added benefit of huge pink elephant statues. 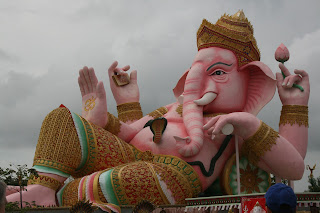 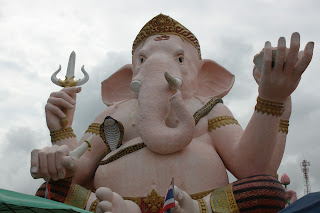 Oddly enough, one of the little Coke vendors had a tiny puppy chained up out front.  The little guy must have been about 3 months old, and they let me play with him. 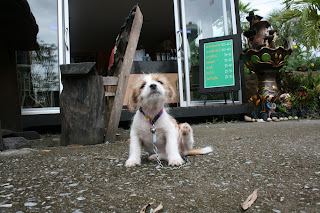 Next, we got back in the van to visit the Haew Narok Waterfall (No translation this time. Sorry). This waterfall is a UNESCO Heritage Site.  On the way up though, we saw some water oxen/water buffalo on the side of the road and took a short oxen cart ride. 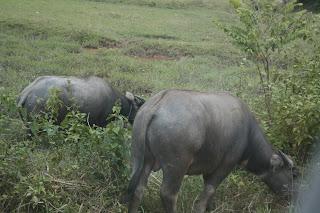 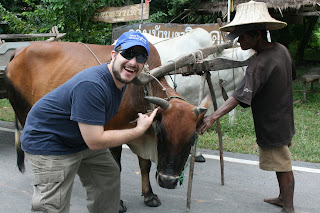 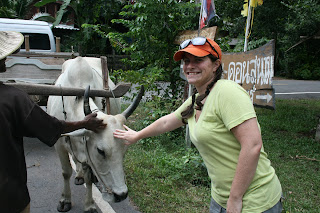 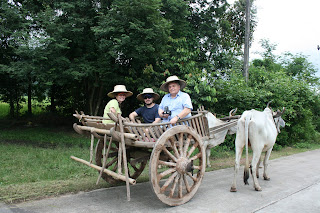 The waterfall itself was stunning.  It's about a kilometer (roughly 2/3 of a mile) into the woods and was right out of the movies.  We had to trek down a series of steep steps to get there, but it was well worth it. 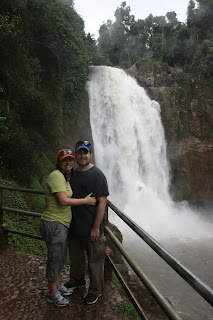 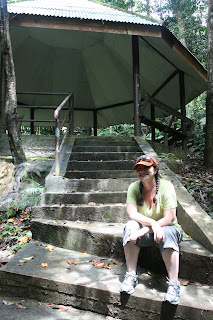 We were really most excited for the elephant ride that was apparently coming at the end of our tour.  I was also rapidly giving up hope on seeing wild monkeys.  Whitney did not help with this, constantly reminding me that we probably would not see monkeys.  Then, as we were driving around the curves of the mountain, the driver slammed on the brakes.  There were monkeys in the road!  I think they might have been gibbons, but I'm not 100% sure.  Some of the tourists in our group bought an obscene amount of bananas at a market earlier in the day, and I learned that monkeys really do like bananas. 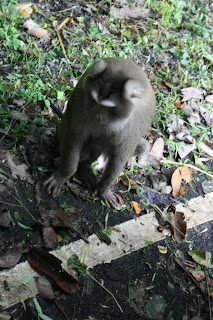 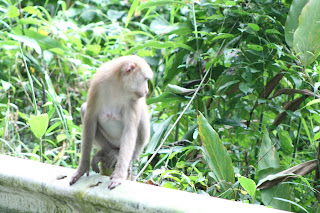 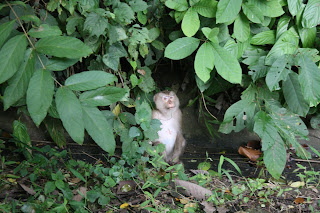 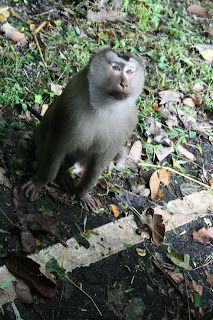 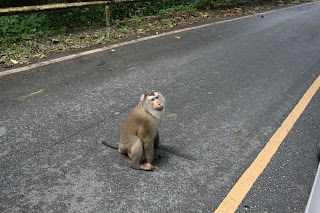 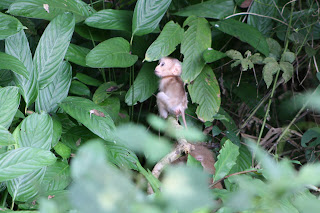 After a late lunch, we finally got to ride our elephants.  We hopped on the first of three and headed out through the woods.  Our elephant took a right turn into a river and none of the other elephants followed.  This river went up just about to the elephant's eyes, and the guide kept having her suck water into her trunk and spray us with.  As we were coming out of the river, the guide turned around to me, asked if he could see my camera, and then jumped off the elephant.  He instructed Whitney to sit on the elephant's head and yelled "Hua! Run!"  The elephant started running up the path and Whitney was officially "driving" the elephant.  After a little while, she wanted to switch and let me drive the elephant.  The guide ran alongside taking photos for us, and I'll let them do the rest of the talking: 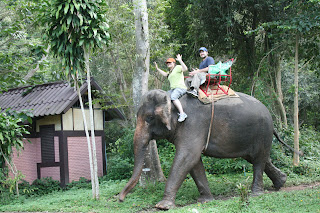 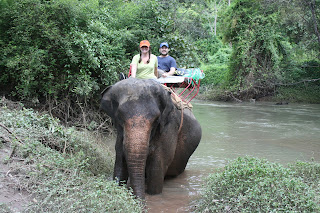 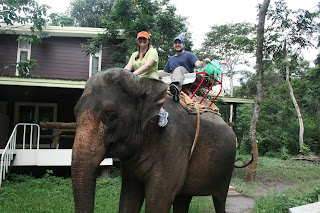 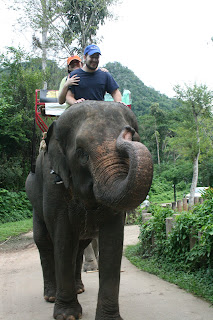 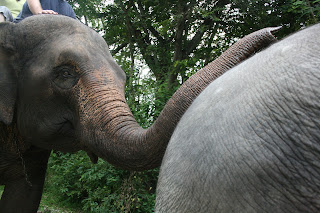 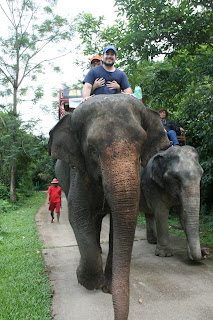 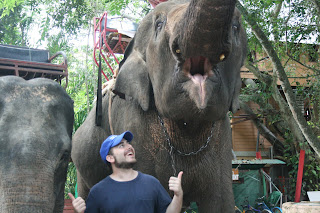 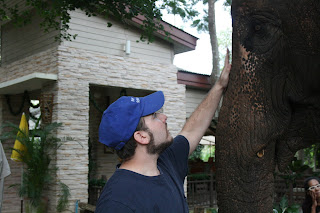 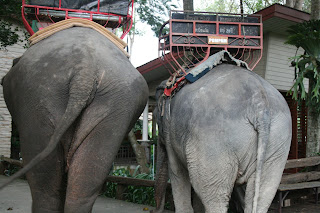