A Weekend in Germany, Jaaa!

After Whit left Kazan, the best way to return to Thailand was to transit through Frankfurt with an overnight due to the length of the flight from Frankfurt to Bangkok.  Never one to miss a travel opportunity, I used some points and met her in Germany for a long weekend.  It was kind of a long flight for a weekend, but I think we planned the trip well.  I left at about midnight on Wednesday night/Thursday morning, arrived in Frankfurt about 6am, met Whit about half hour later, and then returned to Bangkok on a Sunday afternoon flight, arriving Monday morning.

On the first day, we had some time to kill before we could check into the hotel, so we went for breakfast and ran into some sort of street fair.  Pastries, pretzels, sausage, and homemade apfelvein.  Yes, please.  We then toured the historic parts of Frankfurt and walked down to the river.  While wandering around, we stumbled across the Eiserner Steg (Iron Bridge).  This bridge, built in 1868, spans the Main River and is notable because it is covered in thousands of padlocks.  Each lock has a couple's names and their anniversary date. 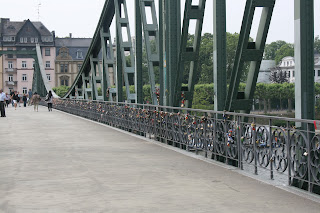 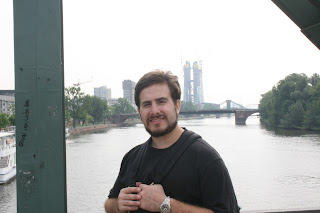 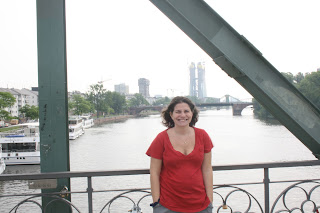 Most importantly, I had my first beer in Germany in the historic square at probably 10:30am.  Apparently, Frankfurt claims that their "official" beer is brewed by Binding.


On day two, we booked a tour to get out of the city.  This guided tour took us down the Audubon, across the Rhine River, and into Strasbourg, France.  Strasbourg is a small little border town with strong German and French influences.  We took a boat cruise around the city, and explored the main square and church.  It was a scenic city, and I had to try a crepe.  It didn't disappoint. 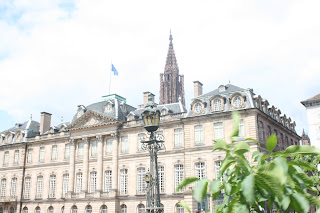 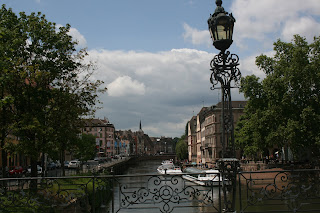 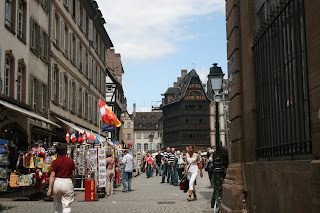 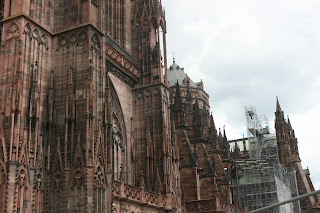 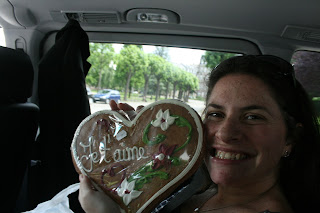 On the way back to Frankfurt, we stopped in a town called Baden Baden in the middle of the Black Forest, which is so named because the Romans said the trees were so dense that you couldn't see light through them. We visited a huge lake and stocked up on schnapps and black currant liquor. This area of Germany is also really famous for their cuckoo clocks. 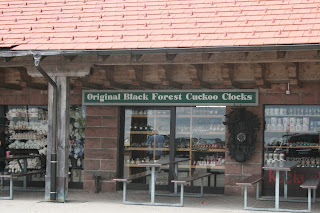 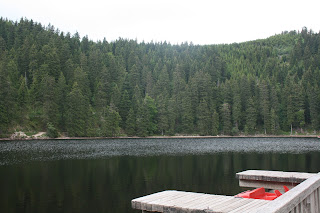 Moving on.  Day 3 started with a trip to the zoo because that's what we do in ever city we visit.  The zoo was kind of small, but had a few fun exhibits, including the apes and the 3 very close-up tigers. 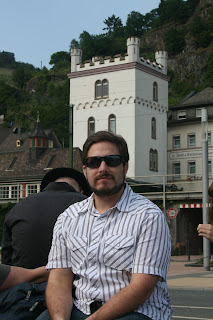 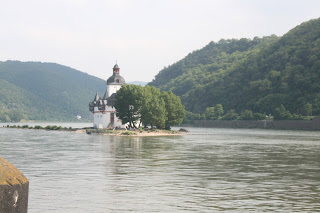 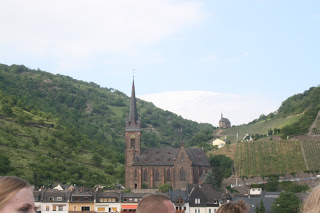 That basically ended our trip.  In between, we ate plenty of sausage and pretzels, sampled a variety of German beers, drank some more apfelvein, and walked around the city.  We also had a chance to figure out the extensive subway system and visited a few museums.  It was nice to walk around in 60 degree weather for a change and to get back to the Western world for a weekend.  However, unlike Kathmandu, I'm glad we got out of the major city on this trip.  I