My Texas Market Unboxing: The Stars at Night...

Despite the fact I haven't really lived in Texas since I was 18 and that I have subsequently lived in two other countries and two other NE cities, I still refer to myself as a Texan.  Texans have a different mentality.  We see things differently, perhaps move a little slower from time to time and use outdated phrases like Sir/ Ma'am and y'all, but still there remains a large pride there. Out of respect for my home state I will avoid puns like "Don't Mess with Texas" or "Everything is Bigger in Texas" because truthfully these make us cringe.

Naturally, in Ghana, I don't meet many Texans (Americans aplenty) so I have to admit I was a tad homesick when I saw the "My Texas Market" box and I jumped with enthusiasm.  Despite the fact I knew my NJ husband would tease me and my friends may mock, I "eeked" when the box arrived.

The My Texas Market box is a subscription box built on the idea of supporting and promoting the Texas business owner.  They also proudly post that 10% of all proceeds go to the Houston Food Bank.  These are all concepts I naturally support.

The box included different types of products from beauty to food. The theme was "Summer in the South" celebrating goodies that remind everyone of summer. 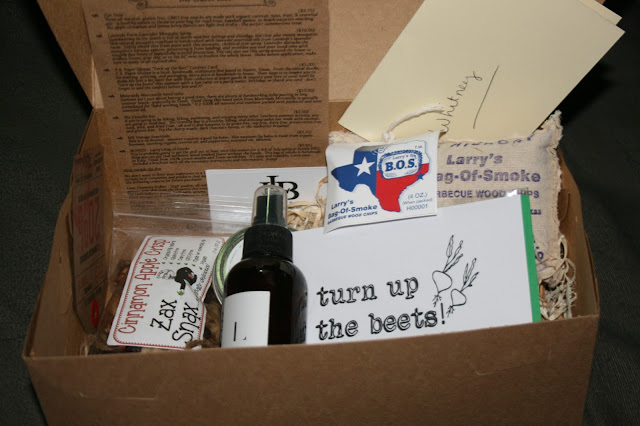 The first were a lip balm by MB Vintage Essentials ($2.75) and a hand salve by Mandready Mercantile ($13.00).  I had to take to the internet to figure out what exactly a hand salve was.  Some intense googling found that its more industrial than lotion and great for cracking skin. It smells good and may be good for Andrew and I after weightlifting, but I have to admit, I do little to nothing that could ever be classified as "hard-working" or "industrial.  In addition there was a nice lip balm that had a great flavor and smell to it.  Its always summer here so not quite sure how it would work on chapped lips. 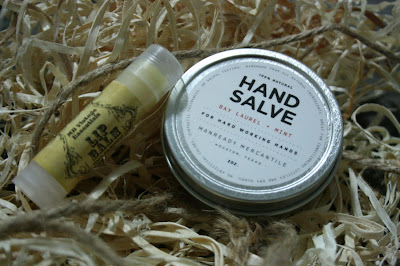 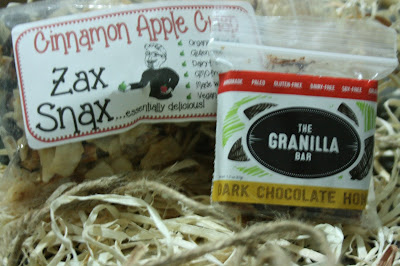 Also in the box were two great snack foods.  The first was The Granilla Bar ($2.50).  This bar was fantastic, its loaded with protein and PALEO! which was great for me.  Sadly, this bar caused a minor marital dispute because I may have finished it and may have kept Andrew from trying any...oops.  However, he made it up by single handily inhaling the apple cinnamon and coconut snacks from Zax Snax ($3.75). Andrew has a slightly obscure obsession with cinnamon (see this post on Boxtera) so needless to say he enjoyed them. 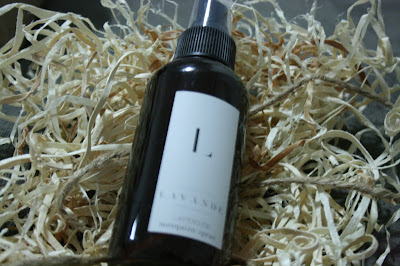 I think the product that reminded me the most of summers in Texas was the Lavande Farm Lavender Mosquito Spray ($10). The spray smelled great and I like that it was chemical and deet free so it was good for LJ.  However, it isn't the strongest deterrent of the bloodsucking fiends.  I put it on before gardening and still got a couple bites.  That being said without it I would have gotten WAY  more than a couple. The box also included a handmade card from P.S. Paper Shoppe ($5).  It was cute and said "Turn up the Beets." It also included paper confetti. I was somewhat underwhelmed. 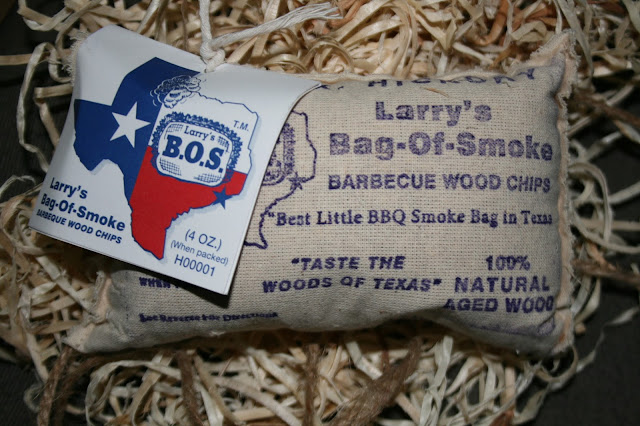 The final product was the smoke from Larry's Bag of Smoke ($5.95).  This product smelled like Texas to me. Sadly the weather did not hold up well enough this weekend to make use out of it.  We discussed making burgers quickly for the sake of the blog, but decided it would be a disservice to the product.  The smell alone makes this bag worth it to me, but I will update when we use it. I will give the box makers credit, they provided a full PDF on how to use this product.

Overall as I said earlier I love the inspiration behind this box, the promotion of small businesses in Texas. Sadly, I didn't get the Texas feel I had hoped for from the box.  I was hoping to get an overwhelming sensation of my home state, but that just wasn't the case.  I do recognize this was the first month, and perhaps moving forward you will feel smacked in the face with the South in boxes to follow.

Overall on out of 10 on quality we give this box a 7, on cost 7, on appropriate for me 7 and fun a 7.  My Texas Market is $35.00 a month with a reduction to $100 for 3 months and $195 for 6 months.
My Texas Market won the gold award from the Dubinskys Travels for offering a 10% discount for military, veteran and diplomat communities with coupon code MILITARY10.