Home » Life » Ghanaian Food: Why I am withering away!

Ghanaian Food: Why I am withering away!

First of all thanks so much to everyone for your kind words and support for our YouTube channel and postings. When I joined the Foreign Service, there were so many things I looked forward to but high on the list was FOOD!  Food from around the world.  I had a mental image of plates and plates and plates of exotic meals stacked on exquisite tapestries. Something out of Willy Wonka or Victorian period piece.

Then I remembered, oh yeah, I am allergic or chose not to eat almost everything, have a low tolerance to spice that isn't Mexican and don't love salty foods.  But I punched forward.  In Thailand my citrus allergy was AWFUL.  I couldn't eat most street foods.  I did learn how to say that I was allergic to lemons and limes, but in the end, I would get sick at least once a month.

Three years ago I also started the Wheat Belly diet (think Paleo but leaving out the concept that man hasn't evolved since caveman days).  I have been really happy with how much my body has changed in that time, but it does mean I don't eat any wheat based products and don't eat "replacements" either.

So Ghana, Ghana has an interesting local cuisine based very heavily on stews, soups and rice.  Fish is largely Talapia and most sauces are tomato based. The below is Red-red.  Its a smoked fish with beans and occasionally vegetables (onions and peppers).  It is frequently served with plantains. 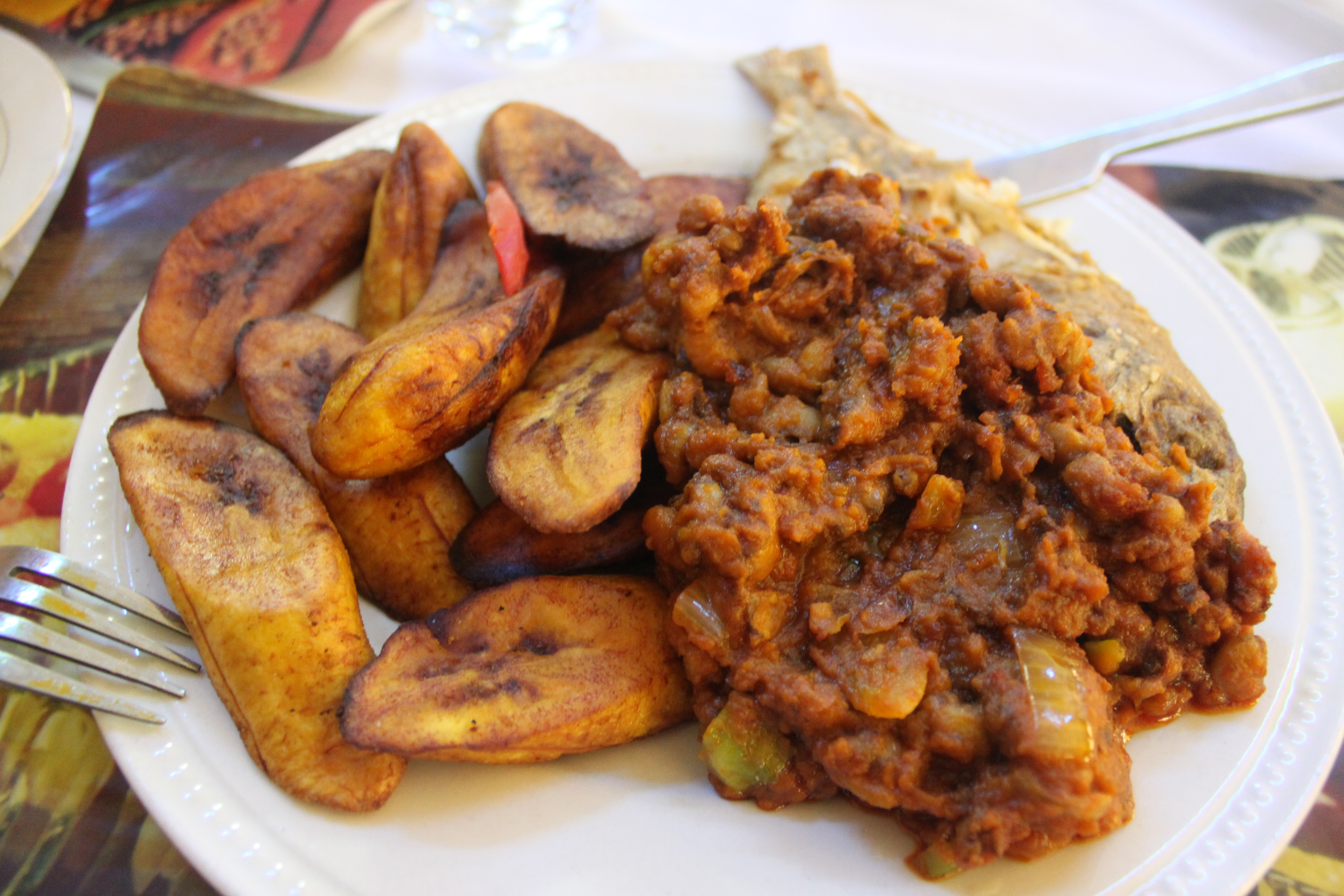 Also incredibly popular is Jolaf Rice, which is basically a mix of tomato sauce and basmati rice.

Another incredibly popular Ghanaian dish is Banku and Tilapia. Banku is a cooked fermented corn dough with or without cassava dough. Sometimes only corn flour is used. The Banku is used to both pick up pieces of the fish or dip in soups and sauce.

The dishes are great and I have tried them all, but the variety isn't grand.  You now have essentially seen the Ghanaian food I have eaten for the last 5 months.  Thank goodness we have found other international cuisine restaurants, but one can not live on rice, plantains, beans and chicken alone!!!

I was also shocked by the complete lack of vegetables.  Our housekeeper was taken aback by the fact I wanted a side of cooked vegetables with every meal and I may have lost my patience at the cafeteria when I stood my ground that rice was not a vegetable.  I am sure in a year this frustration will be out the window, but for now.....I wither.