I love Buffy!  This has come up a lot in the blog.  Shockingly a lot.  I signed up for this month's HorrorBlock because of the yet again advertised Buffy item.  I was SUPER excited to see what they would come up with especially after the fun vinyl in NerdBlock. 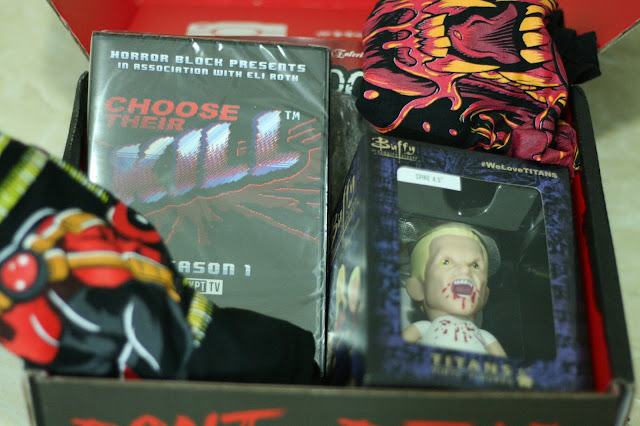 Sadly....it was pretty much the same vinyl.  I was crushed! 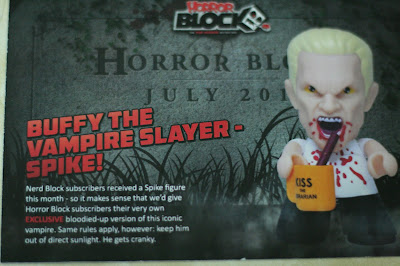 Horror Block does seem very geared to lovers of the Horror genre.  We do an annual scary movie marathon at Halloween, but otherwise we aren't the biggest horror fans.  Also included in the box was this Walking Dead Decal.  Andrew and I have tried to get into Walking Dead, but just can't seem to get the motivation. 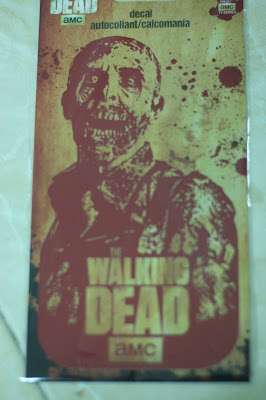 Each Horror Block comes with a copy of Rue Morgue Magazine.  Launched in 1997 by Rodrigo Gudiño, Rue Morgue is the world's leading horror in culture and entertainment brand, spearheaded by its multiple award-winning magazine, Rue Morgue.  It was a fun read, but nothing I would buy in stores. 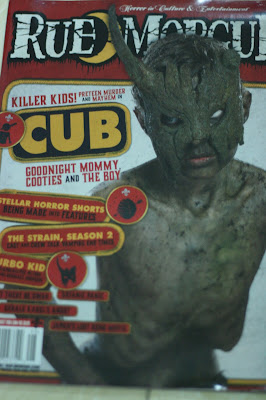 Also included was a DVD called Choose Their Kill by Eli Roth. Choose Their Kill is an interactive horror comedy inspired by 80’s Slasher movies and ‘old school’ video games. The seven episode series features three different killers – Miko an angry mime; Brad Radical a fitness nut, and Socketface a green energy advocate. Viewers choose the method of murder for each killer – each choice resulting in an over-the-top kill scene for the deserving victim. I think this could be a great fun video for Halloween! 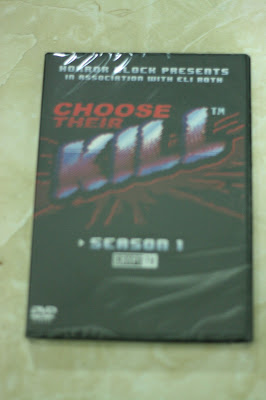 The box for the month also included this great wearwolf shirt.  However, once again, I dont see wearing it except around Halloween.  This box also had a bonus shirt, which I got Deadpool. 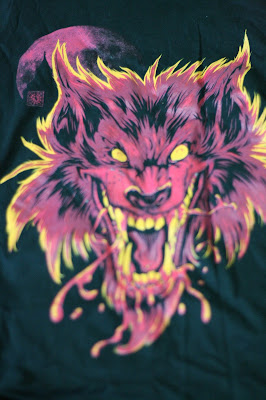 11:00 AM
Unknown
horror, unboxing
Email ThisBlogThis!Share to TwitterShare to Facebook