Our August Game Box Monthly arrived recently, and we're starting to realize how consistent this subscription box is. Actually, this game led to a discussion in our house (that bled over to someone's unrelated comment on an unrelated group on Facebook). These games have all been short, best for two players, and feature stunning artwork. Whether this is a good thing or a bad thing is a matter of personal preference. (Unboxing video at the end) 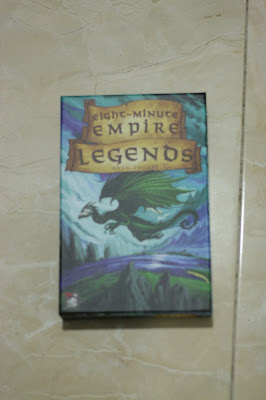 This month, we received a game called Eight Minute Empire: Legends. It's an update to the original game, simply titled Eight-Minute Empire. This is an area control game that you win by accumulating the most victory points. The board is set up randomly by aligning 4 game boards featuring islands broken down into regions. You start with a bunch of armies on the board and either move them around, add more, or build cities depending on the cards you choose. 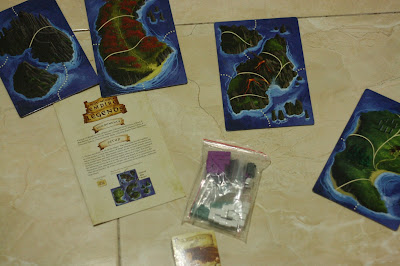 Your turn's move is to pick one of six cards lined up above the board (each one has a different cost depending on the cost card), which gives you a move action and a game action. For example, you could get one extra victory point for each type of card you have and you can add a certain number of armies. Once you pick a card, you slide any cards to the right of your selected card left and add one to the far right. 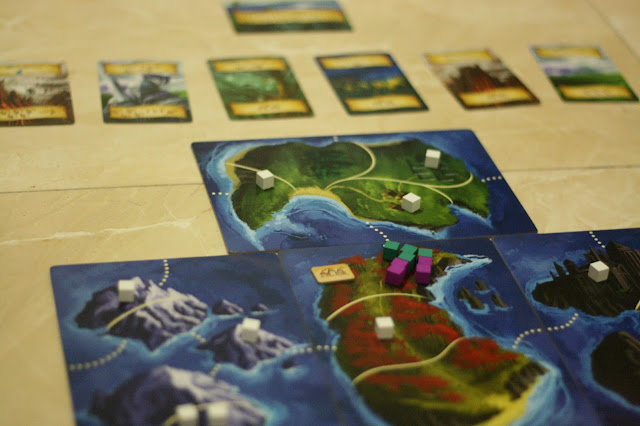 So, another fun round of games. These games are really good for weeknights when your kid goes to bed and you've already finished House of Cards. I would still like to see some games that take longer to play and can be the focus of a game night, but we are building up a large collection of different games we never would have tried otherwise. 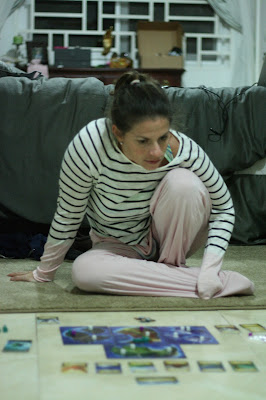 We have previously written about Game Box Monthly's pricing scheme.  This game goes for anywhere from $13.00-$20.87 on Amazon and lists for $29.99.  Again, for this service, you pay $25 plus $5.50 for a shipping, so you're down about 50 cents for subscribing.  But, for added fun (and value?), we did get these fun meeple sprinkles in celebration of their 1 year birthday. 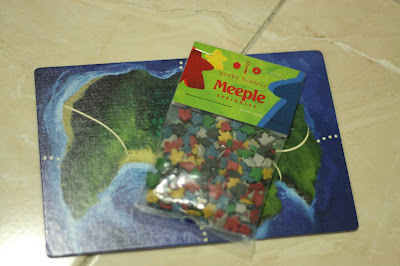 Overall, out of 10, I give GameBox Monthly a 7 on quality, 6 on cost, 9 on appropriate for me, and 9 on fun (+1 because I won again).  The subscription box really is consistent.