Since my first "baby wipes" box, Kinder Box has been stepping it up.  Last month included a knife with flint, pepper bacon spices, and other convenient items for camping.  This month is another outdoorsy box. 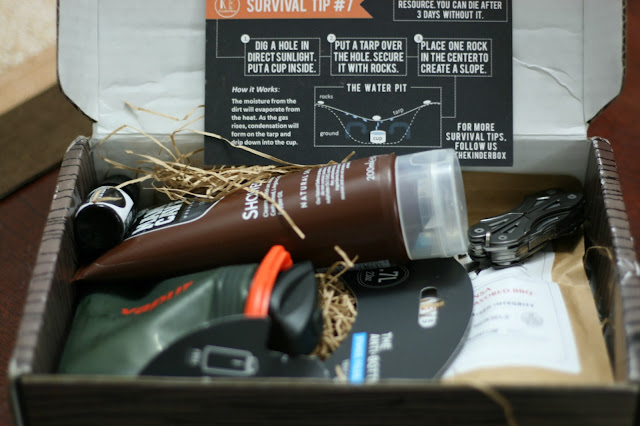 The box had these bottles of Man Cave shower gel ($7 on Amazon) and after shave. Whitney just commented, "Smells good."  She might have just been being nice. It kind of smells like Old Spice mixed with talc powder. The shower gel is not sample-sized and immediately went into my gym bag. I haven't tried the after shave yet. It's $8.51 for a 2 ounce bottle (slightly smaller than the 4ml bottle in this box) on the company's Etsy page. The company also says the product is made from spiced rum, and, sure enough, it smells just like rum.  I'm not sure if that's  a good thing. 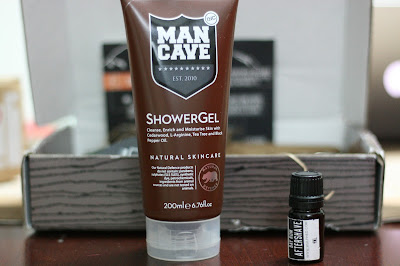 Next was this Vapur. Eclipse water bottle ($12 on their website).  They call it the anti-bottle because it rolls up when empty for better storage. 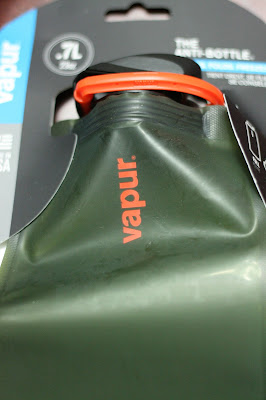 I actually went downstairs to find the True Gentlemen's Jerky ($6.99 for a 2-ounce bag) so I could have a before bed snack last night. The sinsa Korean flavored BBQ jerky was . . . not good.  It lacked any real flavor.  And a 1 ounce sample size?  Was that second ounce too cost prohibitive? 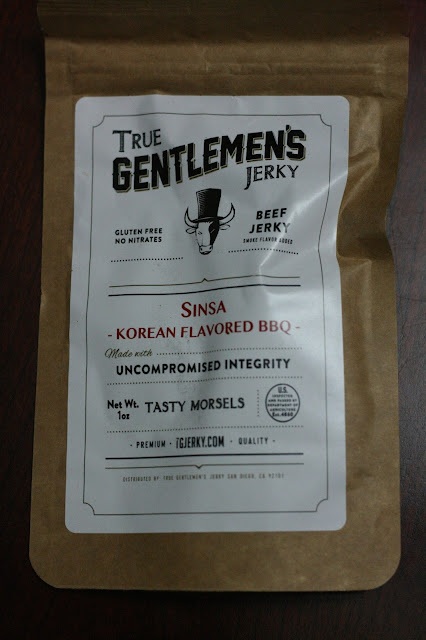 Finally, this Gerber Multisuspenion-P multitool ($15.00 on Amazon) is really cool and functional. It's like a Leatherman, with pliers, a knife blade, tweezers, flathead  and phillips head screwdrivers, nail file, and can opener.  It's bigger than the Leatherman and feels a little sturdier. I've already grabbed it a few times when I was too lazy to find scissors or a screwdriver. 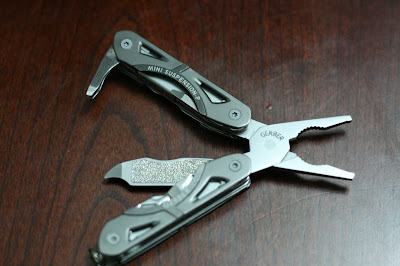 KinderBox costs $32.50 per box for a 3-month subscription.

8:12 AM
Unknown
kinderbox, unboxing
Email ThisBlogThis!Share to TwitterShare to Facebook