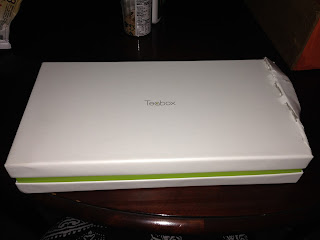 Good morning all, M here again, with a review of the new subscription box from Teabox. I love tea. Tea is what keeps the world running on schedule and me from going completely bonkers. My coaster at work reminds me of this. Thus, it made sense for me to widen my tea repertoire.

In theory this is the July Teabox, but, since it arrived in August, it is August's box; I'll get to that in a second. The story in brief is that Teabox is a subscription service for loose-leaf teas, sourced directly from tea gardens in India and Nepal. It is $19.99/month and you get 80 grams of tea, sorted into 10 gram pouches. There don't seem to be any longer subscription options/discounts, but given that Teabox just revamped its entire plan structure, they may be coming. Unfortunately, when I first signed up back in June, it was during the revamping process, so my first order took longer than what, I hope, is normal. It arrived towards the end of July/early August, while I was on R&R. Part of the issue could have been that it was clearly rifled by customs at some point - you can see the damage on the internal box above, and the bag around it was also sliced. The packing on this was actually really impressive - the internal white box, packed inside another cardboard box, and wrapped in muslin, wax seals, and tape, as you can see below. Also, it's coming from India. I'm willing to give it a bit of wiggle on shipping time as long as it eventually arrives, unlike my dearly missed GeekFuel July box. 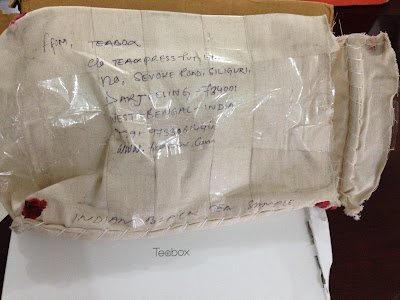 Thankfully the curious customs officials didn't actually take anything, and my direct-from-India by way of the DPO Teabox was unscathed. Inside was an introduction to the new plan setup, explaining that the box was now $19.99 instead of $24.95 (though originally the first box was supposed to be $14.95 - it DOES look like the discount held across price changes). 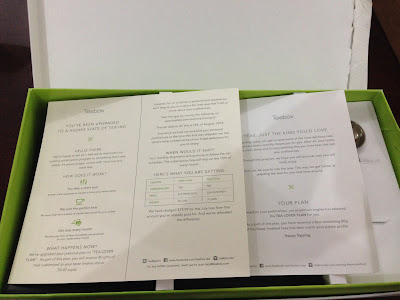 The box contained a selection of three teas, and, unexpectedly, a neat little tea-scoop for measuring the 'proper' amount of tea per person (I usually eyeball it, so this is a handy widget) and reusable muslin tea bags (I have metal strainer balls, but nifty, and they worked well when I tried them). 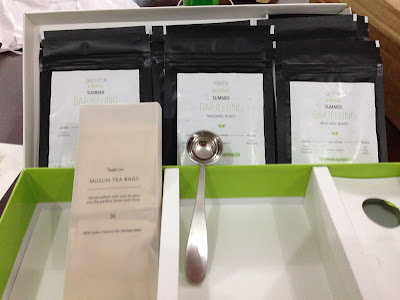 Overall, I have enjoyed, and continue to enjoy, my first Teabox subscription box. According to their website, my next subscription has a wider variety of teas, too - another Darjeeling but also an Assam and a Green tea. I'm just hoping that, since it shipped mid-July, it hasn't gotten lost in the DPO vortex that took my GeekFuel July box.