That small box arrived at DPO the other day: Game Box Monthly had arrived.  This month, we received a game called Good Cop Bad Cop along with an expansion pack (Bombers and Traitors).  We had some close friends visiting from Boston, which was a perfect opportunity to try the game out when LJ went to bed. 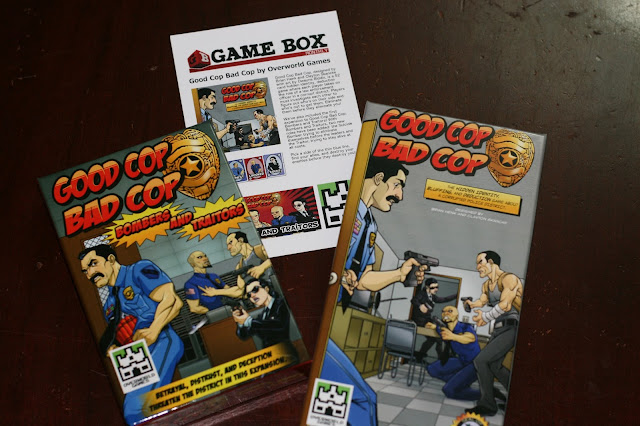 Good Cop Bad Cop is a lot like Coup.  Four to eight players are dealt cards face down to determine whether they are Cops or gangsters.  The purpose of the game is to find and kill the police agent and the criminal kingpin by "investigating" their identity cards, taking a special action card, aiming a gun, and shooting the gun. 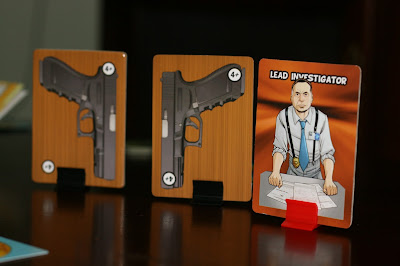 We had some mixed feelings on this game.  Our friends and I enjoyed playing; Whitney was not a big fan.  The game itself lasted less than five minutes, however.  With only four players, there were certain moves that seem relatively obvious and force the game to remain short.  Some Internet research confirmed our suspicions that the game gets better with more players.  We'll have to try it out at one of our next larger game nights. 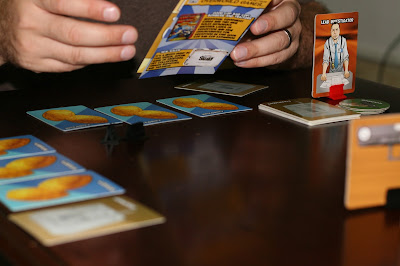 As we previously blogged, Game Box Monthly is very consistent in the types of games they send out every month.  Every game has been a short game with good artwork from an independent company. 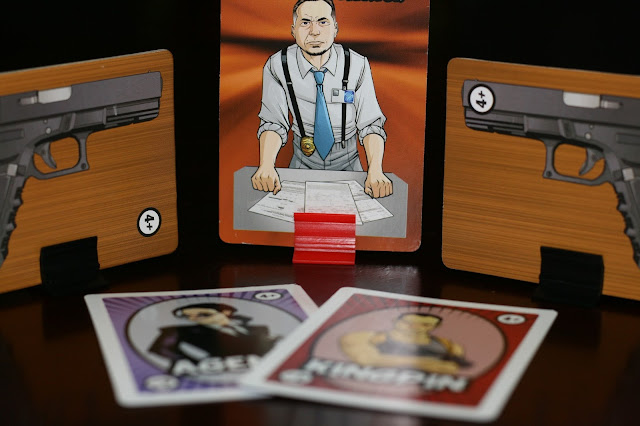